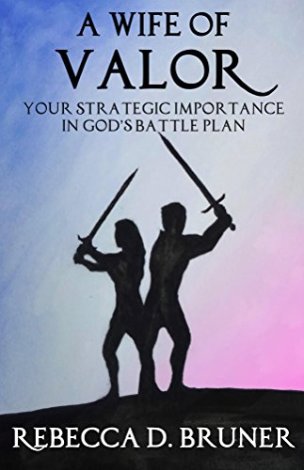 A Wife of Valor:
Your Strategic Importance in
God’s Battle Plan

From the beginning, God designed marriage to play a pivotal role in His strategy for battle against the evil one. The differences between men and women were intended to give us a tactical advantage, enabling married couples to cover each other’s backs, but the enemy seeks to exploit those differences to undermine our unity. Satan tempts wives and husbands to fight head-to-head against each other. God wants us to learn to battle back-to-back against the real enemy, defending each other’s greatest areas of vulnerability with our unique strengths.

Ayden Livingstone is eleven years old. He likes playing soccer and hanging out at the library with his best friend, Sage. He dreams of one day meeting his father. But whenever Ayden has asked his mother about this mysterious man, she’s always put him off. He’s tried to press her, but she tells him, “What you don’t know can’t hurt you.” When Ayden’s mother suddenly goes missing, it’s up to him to figure out what has happened to her. There’s a dark secret she’s been keeping from Ayden all his life–and he suspects a connection. Could it be that his mother is far more than she seems?

Sarah is the wife of the great prophet, Abraham. When her husband repeatedly abandons her in order to protect himself, Sarah struggles to believe that she has any worth in the eyes of God. Her doubts compel her to manipulate her circumstances, often with disastrous results. Can she overcome her cynical unbelief, and find the faith to believe she is truly precious in God’s sight? 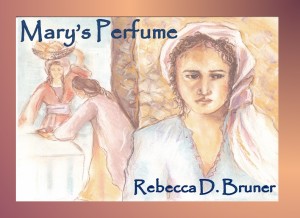 Mary’s Perfume
Mary was an ardent follower of Jesus, sitting at his feet to drink in his captivating words. When her brother, Lazarus, falls deathly ill, she begs Jesus to come quickly, confident that he will heal him, but Jesus never shows up. What will it take for her to overcome her deep disillusionment with Jesus and consider him worthy of the most precious gift she has to offer?

My Fairy Godfather
–A majestic red unicorn
–Two half-sisters with nothing in common who make a connection through an accidental dip in a very chilly swimming pool.
–A band of mermaids desperate to break the enchantment that has exiled them to the ocean for centuries.

From fantasy, to contemporary, to non-fiction, Rebecca D. Bruner’s collection of short stories has something for every reader.

The Pre-Med and The Frog Prince

Mallory takes pity on an enchanted frog and rescues him from the college biology lab. She breaks his curse, believing they will live happily ever after. But some men deserve to stay frogs…